THE ENTIRE RANGE TAKES THE LEAD AT FIERAGRICOLA 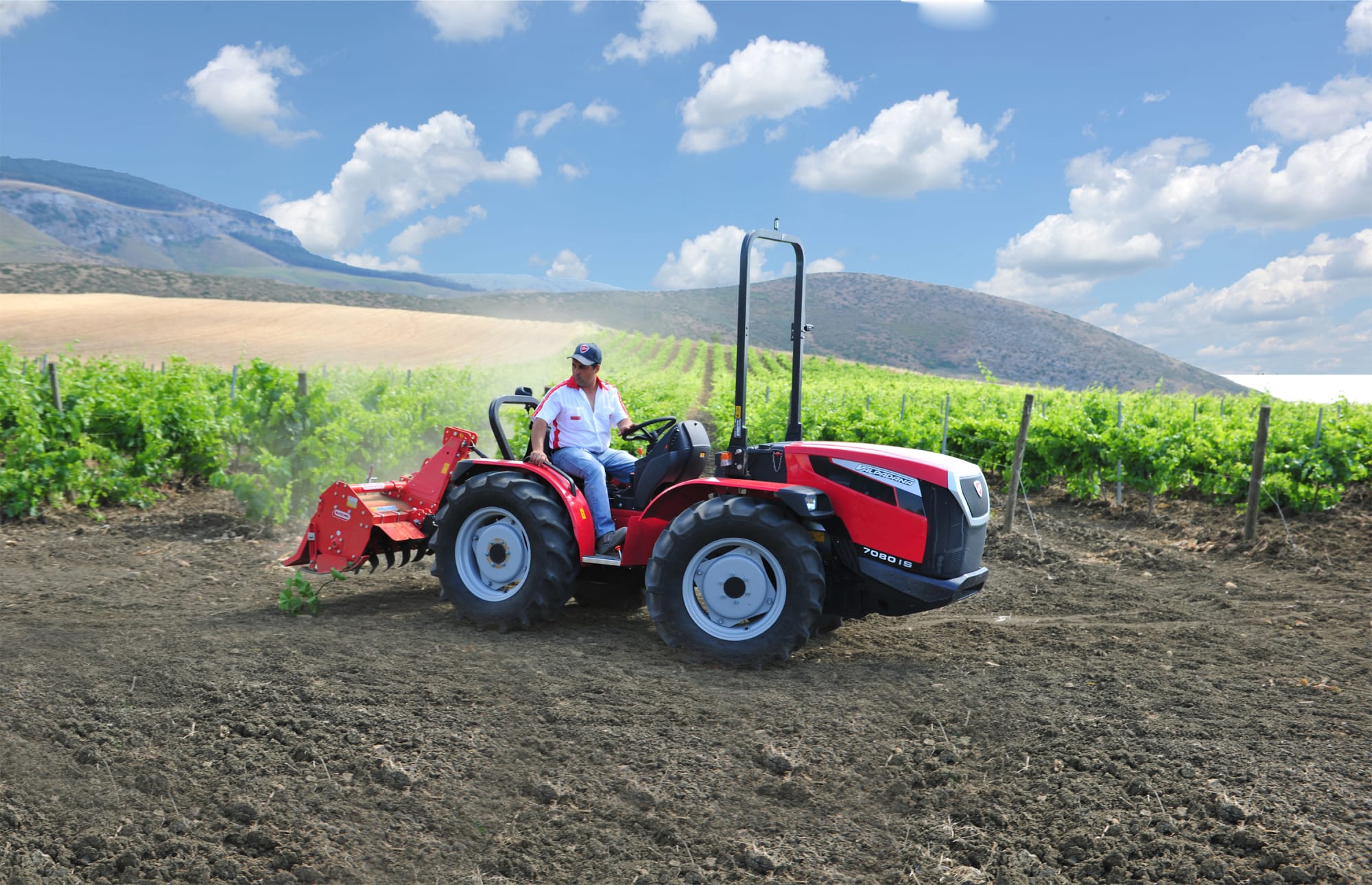 Valpadana is showing a complete range at Fieragricola 2016. The Italian brand will be showing several new models in the VP 4600, VP 7000 and VP 9000 series. These three versatile ranges offer a wide variety of models able to adapt to the many specialist farming applications for which they have been designed.


VP 4600 SERIES
Available in versions ISM (equal-wheel), ARM (articulated equal-wheel) and VRM (with bigger rear wheels), the VP 4600 series is displayed at Fieragricola in the footstep configuration. Easy to handle and versatile, these distinguishing features are obtained thanks to ultra-compact dimensions (the minimum width is merely 970 mm) and a turning radius of just 2,320 mm. Other characteristics of the VP 4600 series, which features 23 to 48 HP Yanmar engines, include the powerful oil-immersed multiple-plate braking system, the 8 FWD + 4 REV transmission with synchronized reverse shuttle and the fully independent PTO with dedicated oil-immersed multiple-plate clutch. There is also a front hitch with down-speed regulator and 1000 kg maximum lifting capacity. Maximum performance is achieved with the new optional outfit which includes up to 3 double-acting control valves and a power lift with up/down/float functions or 2 double-acting control valves with power lift and draft control function.


VP 7000 SERIES
The VP 7000 Series is a highly professional range and is presented at the Verona venue in the 7080 ISM (Equal-Wheel) footstep version, but there's also an articulated (AR) version and an optional cab available for both. The range is equipped with FPT 3200 cc. 4-cylinder turbo Tier 3 engines. The VP 7000 Series also features a transmission with 16 FWD + 16 REV speeds plus mechanical reverse shuttle and creeper as standard equipment (speeds from 0.8 to 40 km/h) completely manufactured by Argo Tractors. These VP 7000 tractors have a new Joystick with full proportional control over all users: continuous oil delivery with flow control, shut-off valves on the hydraulic taps and floating functions on the double-acting sections, electrohydraulically controlled PTO, 2,300 kg power lift, 50 + 31 l/min hydraulic circuit, reversible driver's position and front axle with 4WD engagement and electrohydraulic diff locks.

VP 9000 SERIES
The VP 9000 Series is top of the Valpadana range and visitors to the Verona venue will be able to examine the 90105 ISM model. Whilst on show in footstep version, also available is a cab version and reversible driver's seat as standard equipment. Thanks to their extremely professional and specialized design, VP 9000 tractors mark an important goal in Valpadana's high-range equal-wheel proposal since they provide a solution dedicated to the needs of the specialized farming market. Equipped with Tier 3 3.2-liter 4-cylinder FPT engines, the power ratings offered are 88 and 95 HP. Mounted on silent-block shock absorbers, the platform features a reversible driver's position while all the operating functions (mechanical, hydraulic and electronic) are available with perfectly integrated user-friendly controls. The transmission comes with 16 FWD + 16 REV speeds, is equipped with mechanical reverse shuttle and Argo Tractors' original creeper (speeds from 0.8 to 40 km/h). The De-Clutch button on the shuttle lever allows the operator to reverse the tractor without having to depress the clutch pedal, thus confirming the high level of comfort provided by these tractors. There's lots of room in the cab version, in both the normal and reversed positions. The cab itself features a monocoque structure and has a seat with air suspension plus an easily serviced high-efficiency ventilation and air conditioning system, making these tractors even more comfortable to use.